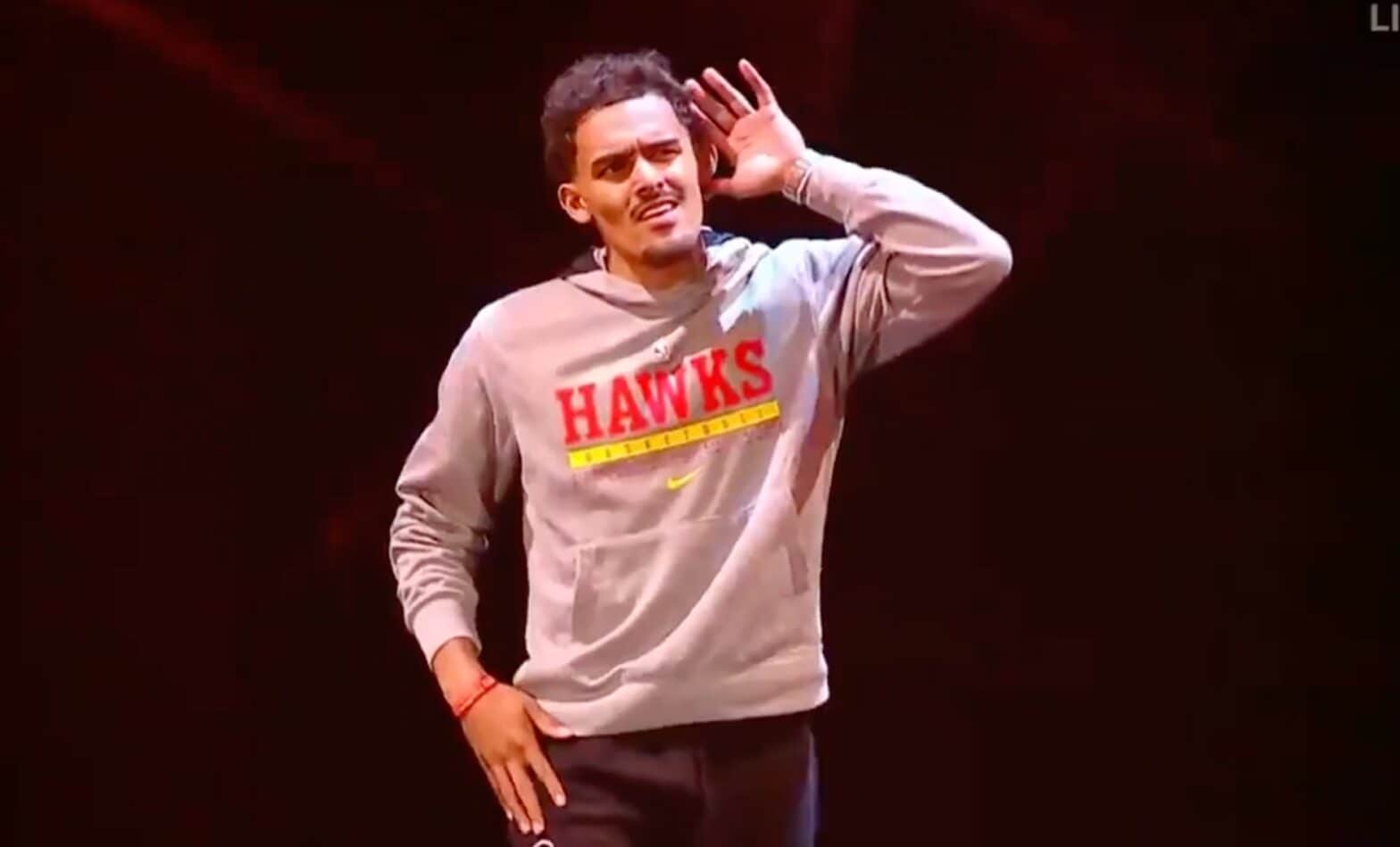 Trae Young appeared to downplay the noise from the New York fans when he appeared at WWE SmackDown.

The already amped Madison Square Garden groaned as one. The WWE hadn’t really done it… had they?

Then Trae Young walked out onto the stage, and the city of New York once again rained boos on the All-Star-turned-supervillain that led the Atlanta Hawks past the hometown Knicks in the first round of this year’s playoffs.

Young, who months ago stunned and showed out a Knicks team enjoying its best season since 2013, clearly enjoyed his return to the Big Apple for WWE SmackDown. The 22-year-old brazenly sported a Hawks sweatshirt and pants while mockingly holding a hand to his ear, insinuating he was somehow unable to hear the outraged cacophony meeting his return.

It seems @TheGarden is not a fan of @TheTraeYoung 😂😂😂 @TheAssociation #SmackDown pic.twitter.com/Hg2w7AeZfU

The moment made it all too easy to remember Young pulling similar stunts in a Hawks uniform, including his series-closing bow as he helped Atlanta polish off an alarmingly easy 4-1 first-round victory.  Young averaged 29.2 points and 9.8 assists in the series while cementing his place as the latest tormenter of New York basketball.

Trae Young closes out the Knicks at Madison Square Garden and even takes a bow after drilling a deep 3-pointer in the final minute.

Young’s SmackDown appearance wasn’t limited to just an introduction. He even took part in the action, again much to the disapproval of the New York faithful.