It is the bullring of the ATP Challenger Tour.

Travel to Sevilla, Spain, in early September and there is one destination you simply cannot miss. Sure, the famous Catedral and the Real Alcazar palace are can’t-miss tourist sites, but for an immersive experience that weaves tennis with the local culture, look no further than the Copa Sevilla.

Home to one of the premier tournaments on the ATP Challenger Tour since 1991, the historic Real Club de Tenis Betis remains a bucket list site for fans seeking a truly unique tennis experience. All Challenger events leave their own distinct footprint on the circuit and the Copa Sevilla is certainly no exception. From its iconic yellow clay to the vibrant atmosphere that engulfs the historic 92-year-old club during the tournament, it provides a stunning setting to experience world-class tennis. 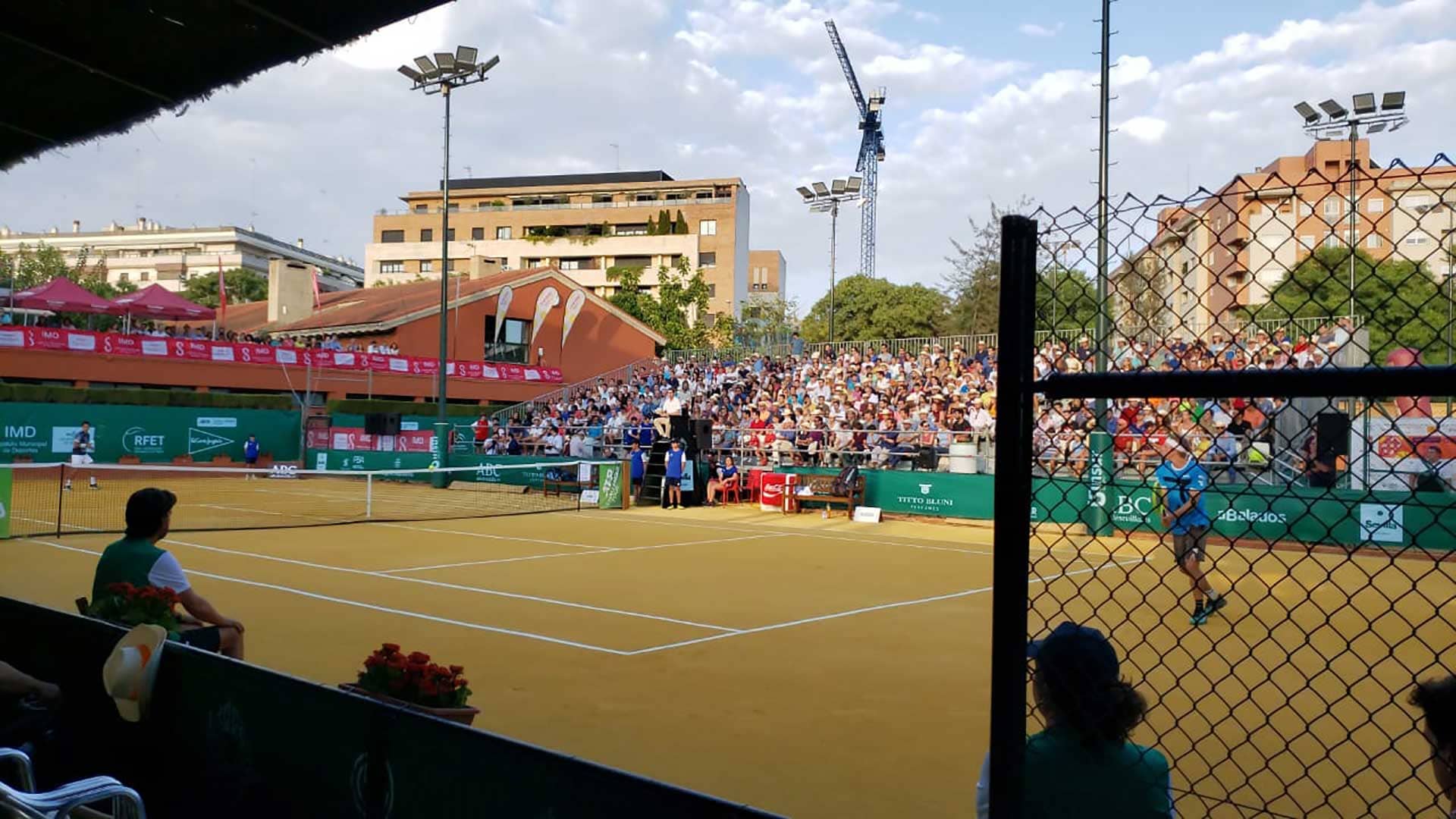 At the Copa Sevilla, that palpable energy that permeates throughout the grounds is a reflection of the city itself and the entire region of Andalucia. The yellow clay has been a staple of the event for decades and has set the stage for many unforgettable moments, including Rafael Nadal‘s Challenger debut in 2001 and 17-year-olds Casper Ruud and Felix Auger-Aliassime going back-to-back in 2016 and 2017.

This week, we pay tribute to the Copa Sevilla, as the tournament celebrates its 30th anniversary on the ATP Challenger Tour. That is, 30 years of nearly unparalleled excellence on the circuit, earning its place as the standard for all events to aspire to.

“The fondest memory I have is that it was my first semi-final of a Challenger and for me it was super important,” said former World No. 2 Alex Corretja, who reached the semis in the tournament’s inaugural edition in 1991. “It was the beginning of believing that I could compete against high-level players, because that season I was very young, I think I was 17 years old, and I had only played Futures. So, they gave me a wild card and I made the semi-finals. I always remember the warmth of the people and the club, which is very beautiful. The people are very affectionate, very close, very fond of tennis and passionate.” 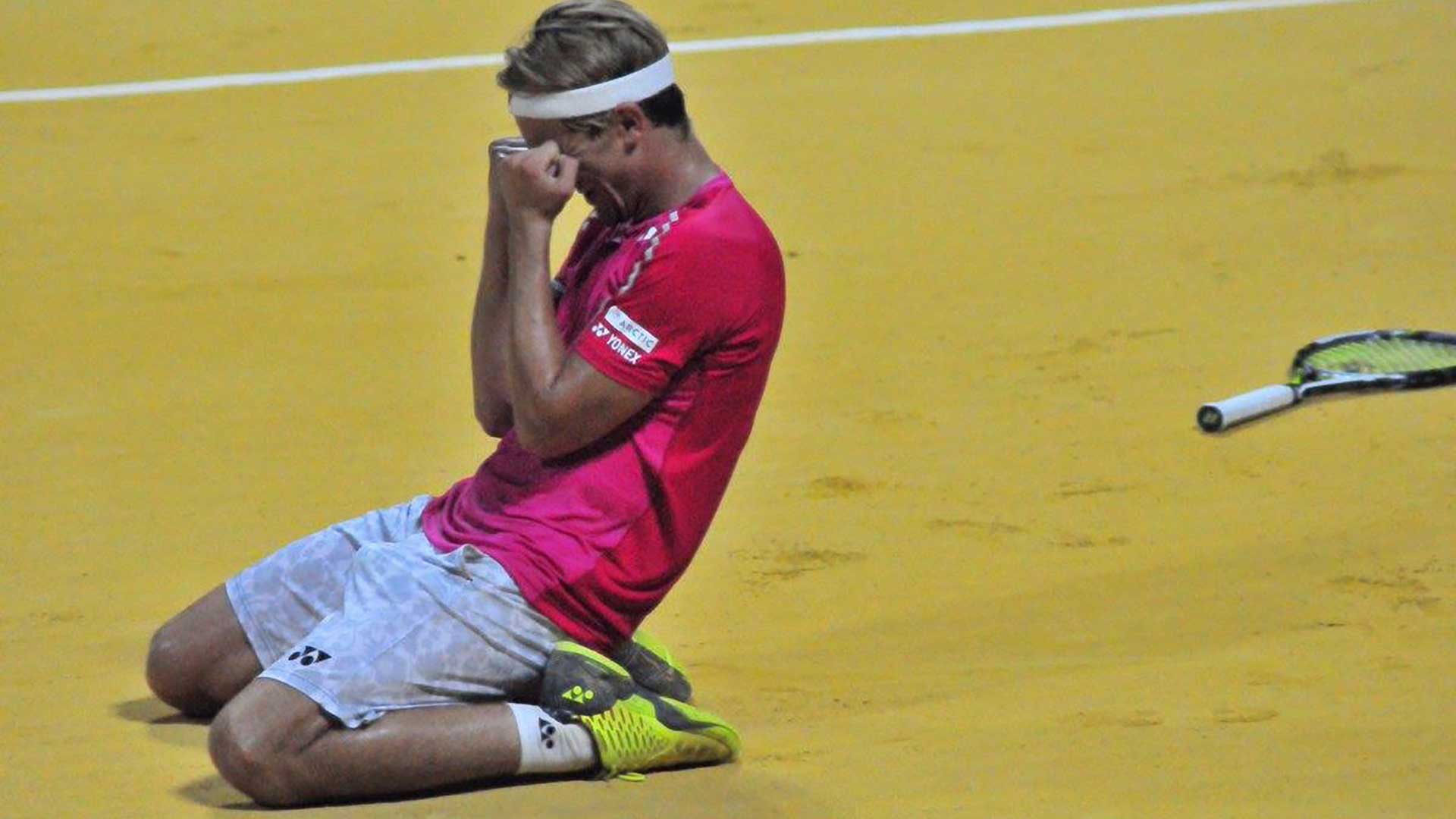 A 17-year-old Casper Ruud celebrates his maiden Challenger title in Sevilla in 2016.

The colour yellow is an integral part of the fabric of Spanish culture, reflected in both the country’s flag and the many bullrings that permeate the landscape. The iconic ‘albero’ at the Real Club de Tenis Betis dates back to the club’s origins in the 1920s and drew its inspiration from that unmistakable yellow dirt that fills bullrings throughout Spain.

The club has carried that legacy through the years on the ATP Challenger Tour, becoming the home to many memorable clashes. It has become the bullring of the circuit for the Spanish armada, with future World No. 1s Rafael Nadal and Carlos Moya launching their careers at the Real Club de Tenis Betis, in addition to fellow Top 10 stars Corretja, David Ferrer, Fernando Verdasco, Tommy Robredo, Nicolas Almagro, Roberto Bautista Agut and Pablo Carreno Busta. And most recently, current and recent #NextGenATP stars Casper Ruud (2016), Felix Auger-Aliassime (2017) and Alejandro Davidovich Fokina (2019) lifted trophies en route to the Top 40 of the FedEx ATP Rankings.

In fact, Nadal’s debut in 2001 remains a historic moment on the Challenger circuit. His first-round victory over Israel Matos Gil makes him the third-youngest player to win a match in the tour’s history, at the age of 15 years, 3 months. Meanwhile, Ruud’s maiden title at the age of 17 years, 8 months, makes him the fourth-youngest player to win in his Challenger debut.

“The tournament management and the members of the Real Club de Tenis Betis are very proud of this achievement, which is only been achieved by a few tournaments,” said director Santiago Perez. “This tournament is part of the history of Spanish tennis, one of the oldest on the circuit. It is an especially beloved tournament in the international calendar, which makes us proud and gives us the strength to continue improving.

“It is the only tournament in the world that is played on ‘albero’, or yellow clay. There are still players who are surprised when they see the albero for the first time and always leave here fond of its people and the homely, family atmosphere. We are dedicated to making the player feel special during their stay in Sevilla.” 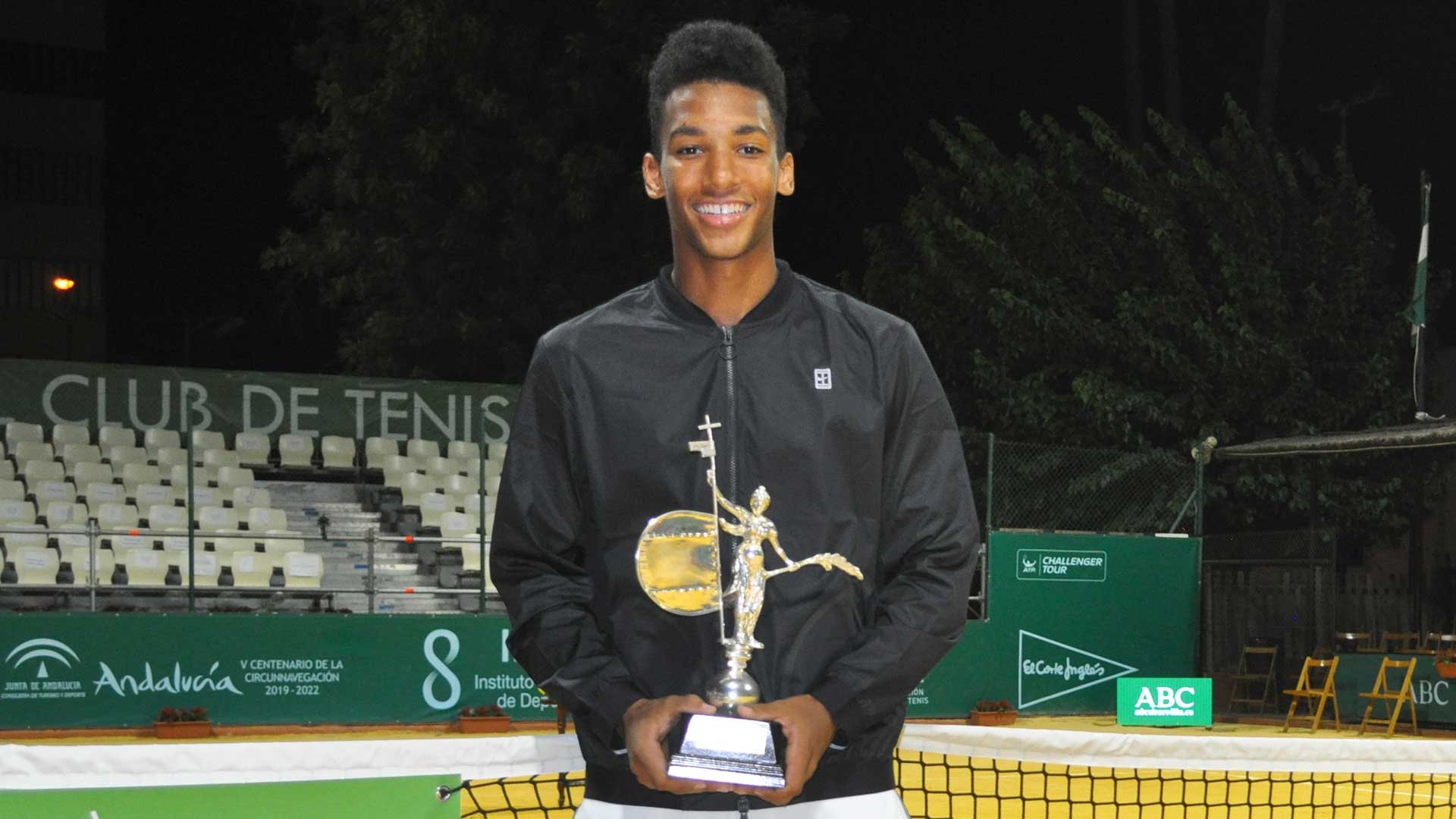 Felix Auger-Aliassime is the youngest champion at the Copa Sevilla, winning in 2017 at the age of 17 years, 1 month.

The players understand the impact of the tournament and appreciate the atmosphere and passion that local Sevillanos bring. When Davidovich Fokina battled Jaume Munar in an all-Spanish final two years ago, it was standing room only at the Real Club de Tenis Betis. A capacity crowd was on hand to witness their two native sons battle for the trophy, with 400 people waiting outside, in search of a coveted seat inside the historic venue. The atmosphere was electric.

“We are proud of our partners, who, despite the difficulties presented by the Covid pandemic, are especially resilient,” added Perez. “They carry the Copa Sevilla brand in their DNA and that is the legacy they leave to future generations in charge of continuing to make the tournament great. It is a tournament for everyone.”

The Copa Sevilla is the sixth tournament to reach the 30-year milestone on the ATP Challenger Tour, most recently joining the Open Castilla y Leon in Segovia, Spain, which celebrated their 30th anniversary in July.

*Istanbul will celebrate their 34th edition the week of 13 September