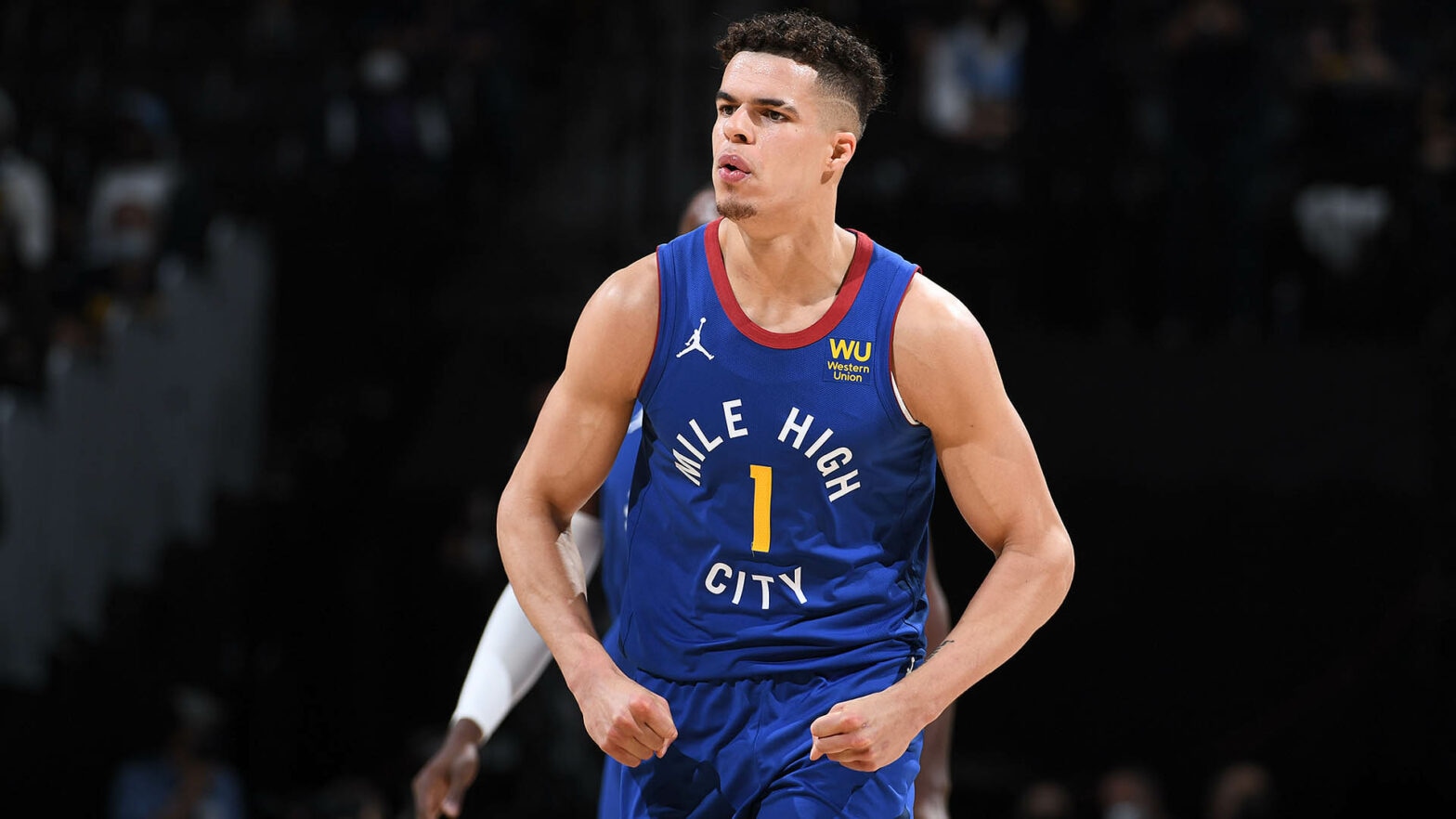 Michael Porter Jr. is coming off a season in which he averaged 19 points and 7.3 rebounds.

DENVER (AP) — Sharpshooting forward Michael Porter Jr. has agreed to a five-year maximum extension with the Denver Nuggets that could be worth up to $207 million.

His agent, Mark Bartelstein, confirmed the deal to The Associated Press on Monday. ESPN first reported the deal and the team officially announced the signing on Wednesday.

Porter’s agreement would be worth at least $173 million over five years and could rise to the supermax level of $207 million over that span if he reaches certain criteria this season.

He’s assured of making at least $29.8 million in 2022-23, a figure that would rise if he qualified for more by being voted onto an All-NBA team or winning the league’s MVP award this season.

This crowns a meteoric rise for Porter, whose college basketball career at Missouri was derailed by a back injury so severe that many questioned if he was worth the risk of being taken in the 2018 NBA draft. He slid to Denver at No. 14, the final lottery selection. Porter sat out his first season in Denver after undergoing a back procedure in July 2018.

He rebounded and has been rewarded handsomely. Porter is averaging 14.4 points per game in the NBA, eighth-best of those taken in that class.

The 23-year-old Porter is coming off a season in which he averaged 19 points and 7.3 rebounds. He also led the Nuggets with 170 3-pointers.

Next step: Up his game even more.

Maybe even to the lofty levels of what he accomplished during the NBA bubble in 2020. He was named to the All-Bubble second team after averaging 22 points, 8.6 rebounds and 1.6 assists over Denver’s eight seeding games.

“He’s put up incredible numbers for a guy that’s only played two years in the NBA,” coach Michael Malone said. “And the sky is the limit. Offensively, I think he has to be more disciplined in running the floor. The guy shoots the corner 3 like a layup, but now we have to get him to the corners more.

“He’s got to be more disciplined in that instead of stopping in the middle of the floor or above the break. We’re all, each of the 30 teams, trying to generate more corner 3s and in transition that’s a great way to get them.”

The 6-foot-10 Porter also has been working on shoring up his defense.

“He doesn’t want to be a liability and he wants to be a player that I can trust at the end of games to close out games when we need a big stop,” Malone said. “I love the fact that he’s aware of that and he knows that it’s not about being a great scorer.”

This marked the second big extension this month for Denver. The team also agreed with Aaron Gordon on a four-year, $92 million deal. NBA MVP Nikola Jokic signed a five-year deal in ’18 and point guard Jamal Murray in ’19.

On Monday morning, president of basketball operations Tim Connelly seemed confident a deal would get completed.

“The neat thing about extensions are there’s no acrimony,” Connelly said. “When you have extension talks, it should be nothing but smiles because it’s indicative of a relationship that doesn’t have to yet be extended but we’re looking to do so. I think both the team and Michael can’t imagine him being elsewhere.”