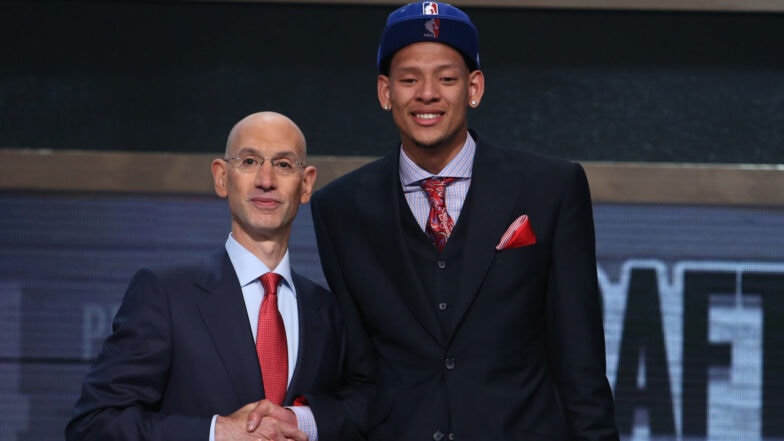 Isaiah Austin was ceremonially drafted to the NBA in 2014.

Standing 7-foot-1 with a skillset that resembled Kevin Durant, Isaiah Austin had dreams of being in the NBA. An unfortunate turn of events prevented him from achieving his goal as a player, but he has reached the league in a different role.

The 27-year-old began his position in the NBA League Office Fellowship program Monday. Although he won’t be dropping dimes and getting buckets on the hardwood, this fellowship will allow him to potentially affect the game in other ways.

Austin, who was a star player at Baylor University from 2012-14, was expected to be a first-round pick in the 2014 NBA Draft. He got marked at the NBA Combine after an irregular heartbeat turned up during a test on the treadmill.

“I visited all 30 team doctors and they were telling me that my limbs were really long and flexible and started questioning did I have Marfan syndrome?” Austin said. “I had never heard of Marfan. I don’t have the outward appearance of someone who has Marfan. That’s the main thing that wanted them to make me get DNA testing. I remember it was a couple of days after the NBA Combine and they had me fly back to Chicago. They did a blood test and took my samples and it wasn’t until five days before the NBA draft that my results came back and I had the DNA in my blood.

“Nobody in my family has Marfan. It’s kind of a one-in-a-million case with me.”

According to Marfan.org, “Marfan syndrome is a genetic disorder that affects the body’s connective tissue. Connective tissue holds all the body’s cells, organs and tissue together and plays a role in helping the body grow and develop properly.”

He was ruled ineligible and told the risks of trying to play basketball again. But the NBA didn’t turn its back on Austin. Commissioner Adam Silver invited him and his family to the 2014 NBA Draft and made him a ceremonial pick by the NBA midway through the first round. This event sparked a conversation between Austin and Silver that was framed around there possibly being a job opportunity down the road.

“Isaiah has really been embraced by the NBA family, even before the 2014 draft,” said Jamila Wideman, the Senior Vice President of Player Development for the NBA. “That promise was made to him years ago. Isaiah has gone on his journey and now, has made a decision to circle back to that opportunity. This gives us a chance as the player development group to really hold fast to our commitment to former players to help them transition. No matter how long or how short or if their NBA playing careers ever really began, our commitment is to the person, not just the athlete. So, this chance to provide this career support for Isaiah was the perfect match for our orientation and our goals as a league and a department.”

Austin will be with the league’s Player Development group for 12 months. The goal of the fellowship is for him to network and make the connections necessary for him to land a permanent full-time position in the league, either with a team or the league office. He has a lot to learn before he can get to that point, though.

“There are four areas we are going to concentrate on in terms of creating potential opportunities for him,” Wideman said. “Onboarding and skill development in areas of corporate culture and professional skills … At the end of the day, we are trying to create a foundational knowledge of the NBA as a business. By exposing him to different departments that make up the league office and exposing him to individuals and resources that can support him. We feel strongly about his development and getting his development to a stage where he is equipped to succeed.” 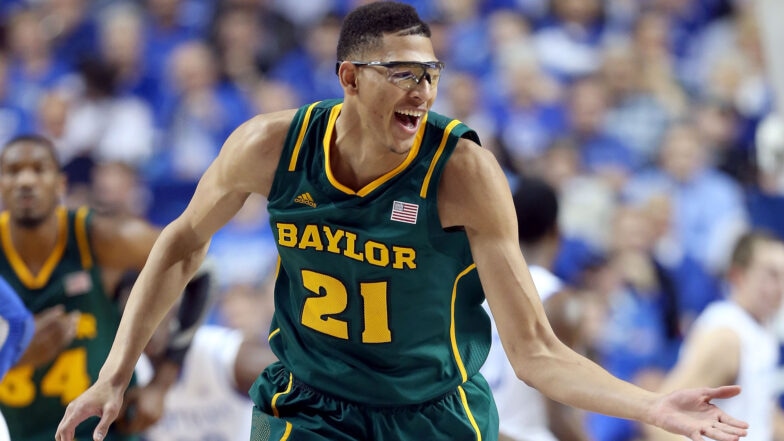 After a two-year hiatus, he was able to start a professional basketball career. David Liang, cardiologist at Stanford University, wrote Austin a clearance letter and monitored him for 2 1/2 years. What started as Liang giving Austin the green light to return to playing hoops in a rec league turned into a successful five-year career overseas.

His overseas career saw him play in 11 different countries — he visited 13 — and provided him with a lifetime of memories.

“My favorite place is Beirut, Lebanon,” Austin said. “The love you get there from the people is so genuine. I met one of my closest friends, Ahmad Aibrahin, from my Lebanon team my first season out there. He’s going to be one of the best men in my wedding. The country as a whole showed great hospitality and love.”

Austin is marrying his girlfriend, Alexa Fogel, next July. Although they met in the United States, their 4-year-old son, Zeke, was born in Belgrade, Serbia where Austin played his first year of pro basketball in 2017.

Austin recently retired as a player and his NBA League Office Fellowship is the next chapter in his life.

“I feel like I could get another clearance letter from my doctor, but at this point, I’m really big on being a father to my son and being home with my son,” Austin said. “I want to be there and support him as much as I can. I want to take the time away from the game and spend it with my family. I really feel like I’ve enjoyed the game of basketball.”

Although there were still opportunities for a playing career overseas, working for the NBA will provide more stability for Austin.

“It wasn’t until I started getting older and started experiencing life a little bit more that I saw how big of an opportunity this could be for me,” Austin said. “I know this game of basketball has brought me so many blessings, brought me so many opportunities already. I’ve never had an actual 9-5 job, but they are taking a leap of faith and letting me build my way up. I appreciate it and it shows how much grace they’ve had towards me during this entire situation.”

Austin’s big-picture goal is to one day become an NBA general manager.

“I have a lot to offer just from having my experience overseas and life experiences in general,” Austin said. “I’m a huge, avid basketball fan. Anything inside of Player Development I’d be real happy with. Especially player development off the court, I’m very big on mental health.You know sometimes as men you go through things and don’t want to speak about it. I want to change that outlook. I want men to speak about their mental health and how they are feeling on the inside. Get out and talk to people cause it’s the healthy thing to do.“

Despite the tough hand he has been dealt, Austin remains positive in everything he does now. When he was overseas, he would often pull teammates to the side and help them with their personal struggles. He is known for providing words of encouragement and telling people to keep pushing forward.