Daniil Medvedev has advanced to the US Open semi-finals with the loss of just one set as he pursues his first major trophy. The Russian has made the last for at this event in three consecutive years, and will play Felix Auger-Aliassime for a spot in his third major final.

Before the match, ATPTour.com spoke to Medvedev’s longtime coach, Gilles Cervara, about his charge’s progression through the tournament, how much he has changed since making his first semi-final at Flushing Meadows two years ago, dealing with pressure and more.

How happy are you with the tournament so far?
On one side I’m happy because Daniil is in the semi-finals with full energy because he won all his matches in three sets and one in four sets. Even in the four-setter, the match was not that long. The other part of me is thinking we are just in the semi-final. It’s a good thing, but not enough for us.

How would you say your mindset has changed since making that first semi-final here a couple of years ago?
I think the mindset doesn’t change really, because even at that moment, our goal was to be the best we could be. It means when you have to play one match, you want to win that match. We want to do everything we have to do to win that match. Daniil is No. 2 in the world, so it’s something normal to be here and [want to] win every tournament. But if you see the details, it’s the same mindset. 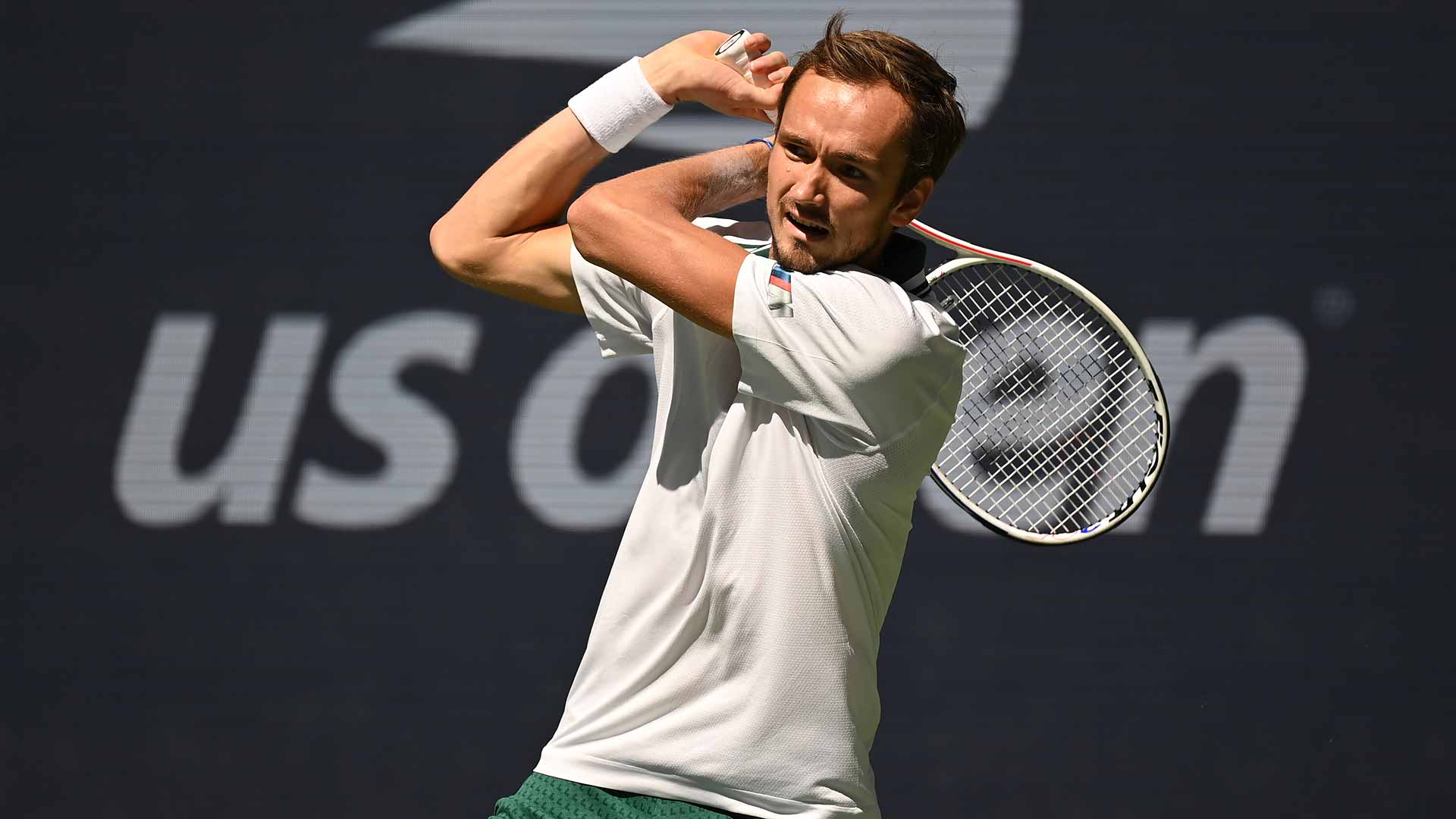 As you mentioned, Daniil is a simple guy who never seems to let the pressure or a moment get to him too much. How impressive is that?
It’s very important to go on court very light on these things that can make you more tight or not [able to use] 100 per cent of your resources. These things are very important. In the past, many players have lost matches because of pressure or they didn’t know how to deal with it. Everybody is different with this pressure.

Someone asked Daniil if he was thinking about Novak and he was very clear he isn’t because he has to focus on what he is doing. How important is it that he is not thinking too far ahead?
When you focus on yourself, it makes you stay in the present and focus on what you have to do. It makes you better than having part of your brain, part of your mind thinking of something useless. I think Daniil has a good mindset to keep focussing on what he has to do only.

Even if you watch Novak and the other matches, he doesn’t think or compare to him. He will only have to do it if he wins and Novak also wins. That’s why it’s useless to think about Novak now or before [they play].