Budge Patty, the debonair American who won the 1950 Roland Garros and Wimbledon titles in a 15-year amateur career, has passed away at his home in Lausanne, Switzerland, aged 97.

Patty, a serve-volleyer on the court and playboy off it when he settled in Paris after the Second World War, became a fluent French speaker. In 1950, the year he decided to give up smoking, Patty claimed three straight fifth-set triumphs at Roland Garros, culminating in a 6-1, 6-2, 2-6, 5-7, 7-5 final victory over Jaroslav Drobny and he received the warmth of the crowd. A year earlier he had finished as runner-up to fellow American Frank Parker.

One month after his victory on Parisian clay, Patty built a service and return strategy to overcome Frank Sedgman in the Wimbledon final. Having watched Sedgman in Paris and at Queen’s Club, Patty realised that the Australian didn’t like to rush the net and instead preferred to dictate the tempo of the match. Patty warmed up for the Wimbledon final on an outside court with Tony Trabert, barely hitting a ball into the court. But by the time he walked onto Centre Court, the 26-year-old settled quickly and won 6-1, 8-10, 6-2, 6-3.

International Tennis Hall of Fame President Stan Smith said, “Budge Patty was one of the great American players of the 1940s and 50s. Winning over 70 tournament titles is remarkable, and to win Wimbledon and Roland Garros back-to-back is a massive feat. While he competed before my time, I’ve often heard about how beautiful and elegant his game was. He will be remembered as a standout among tennis history’s greatest champions”. 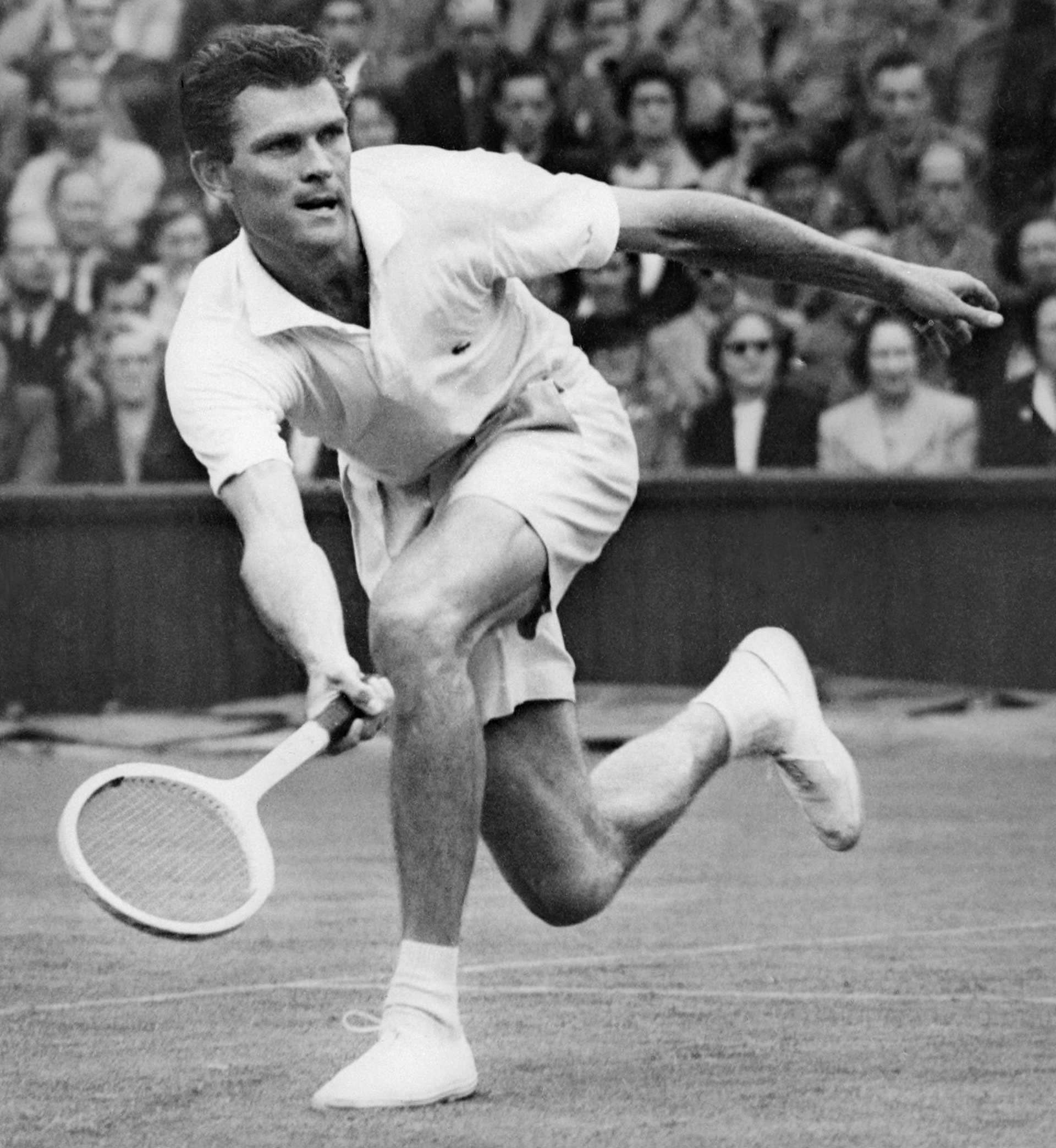 Born in Fort Smith, Arkansas, the Patty family soon moved to Los Angeles, California. He first played tennis aged nine with his older brother, who nicknamed him ‘Budge’ for his laziness and “failure to budge”, on the courts of the Los Angeles High School and at Queen Anne Park. As a junior, he practised every Saturday at 6am with five-time major singles champion Pauline Betz, who lived nearby.

After Patty won the novice championships of Los Angeles aged 13, Betz heard of a tennis pro called Bill Weissbuch, an assistant to Eleanor Tennant and coach of five-time major singles winner Alice Marble, who was looking to develop a young talent. Betz promoted 13-year-old Patty, who for the next two years won every tournament he entered and trained with Weissbuch at the Beverly Hills Tennis Club, which was owned and operated by Fred Perry and Ellsworth Vines.

Weissbuch pushed the need to play aggressive tennis, and it was a 6-0, 6-0 loss to Bill Tilden at the club that forced the then 5’4” Patty to ditch his baseline game. Recounting the match in his 1951 autobiography, Tennis My Way, Patty wrote, “Tilden told me at the end, ‘Sonny, you play a pretty good game of tennis, but you will never be any better than you are right now unless you learn to play a little more aggressive type of game. Learn to volley and attack as much as possible. That’s the only way you’ll ever become a champion’.”

Patty won the under-15 US national title in 1939, the under-18 singles and doubles titles in 1941— saving one match point against Vic Seixas in the singles final — and worked on his game the following year once he left high school. He’d planned to go to the University of Southern California in 1942, but a few days after enrolling he was called up to the US Army. After six months, he was permitted to leave the camp each day in Salt Lake City to train for three straight weeks in order to win the Utah state championships title. Afterwards, Patty spent two years in Italy with the 12th Air Force Public Relations department and was discharged in January 1946. 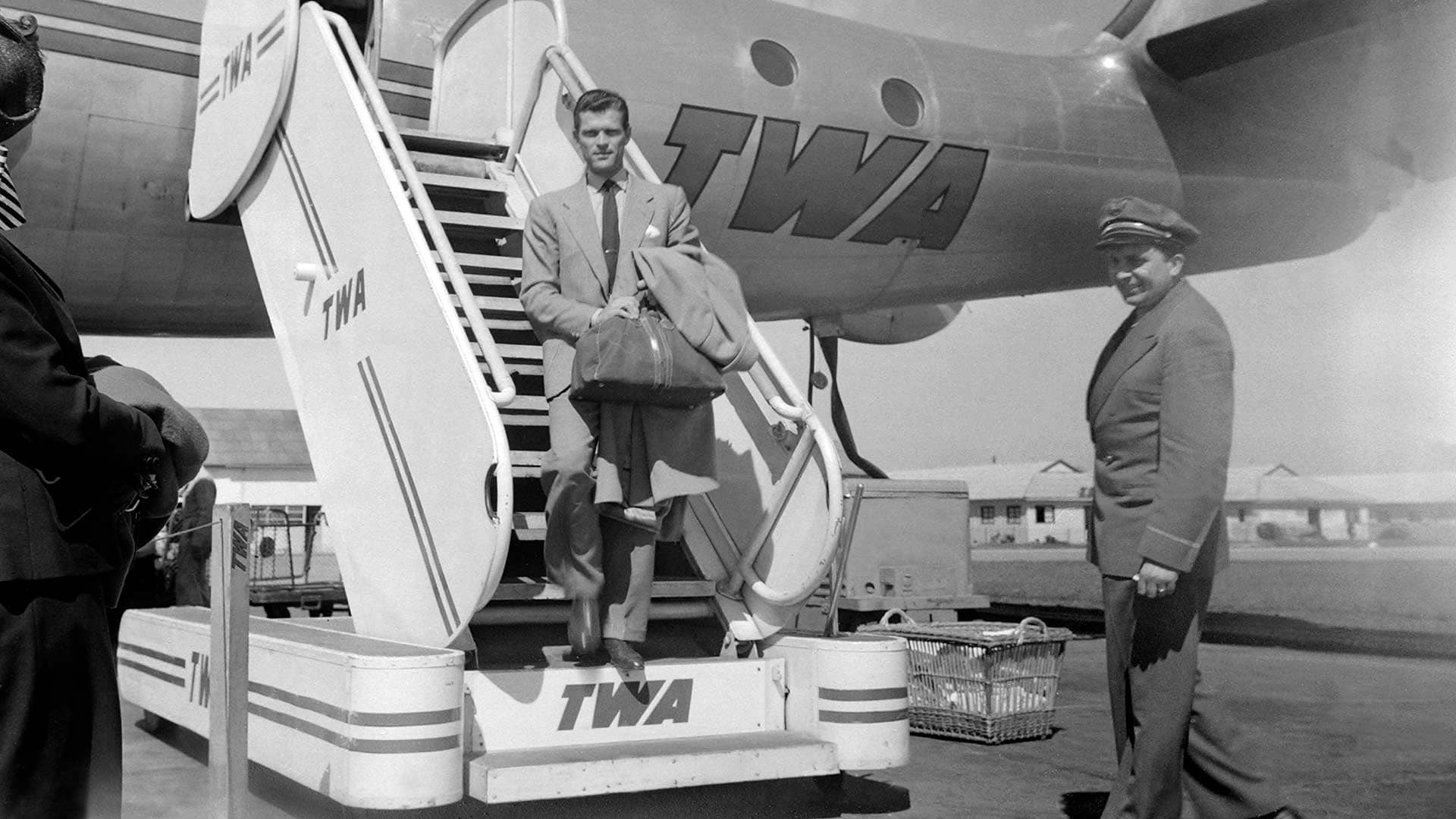 Within four years of first appearing at 1946 Wimbledon, where a number of the Centre Court seats were still roped off because of bomb damage, John Olliff, a former Davis Cup player and tennis correspondent of The Daily Telegraph, adjudged Patty to be the World No. 1 amateur in 1950. To date, Patty is only one of three American men — Don Budge in 1938 and Trabert in 1955 — to have achieved the Roland Garros and Wimbledon title double.

At Wimbledon in 1953, Patty failed to convert six match points on Drobny’s serve in a third-round match that lasted four hours and 20 minutes — a record at the time for the longest continuous tennis match. In doubles, Patty won the 1946 Roland Garros mixed title with Betz and partnered Gardnar Mulloy, who passed away aged 102 in November 2016, to the doubles title at Wimbledon in 1957. He also finished doubles runner-up with Mulloy at the US Championships two months later.

Often criticised for not playing on American soil enough, in the 1950s, Patty settled in Lausanne, Switzerland, where he worked in real estate, occasionally as a travel agent and had bit parts in movies. He married the daughter of a Brazilian engineering magnate, Marcina Maria Sfezzo, his wife of 60 years. He was inducted into the International Tennis Hall of Fame in 1977, made annual visits to the All England Club, Wimbledon, and continued to play three or four times a week until his late 80s, often using his old wooden frames.

Patty is survived by his wife and two daughters.